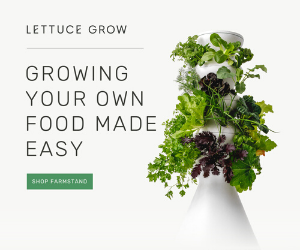 Are they as attractive as a hutch of rabbits? Do they bring you enjoyment with their funny antics? Probably a hard “no” to both. But healthy soil is worth its weight in gold—or tea, as it were. In this brief DIY composting worms article, we examine the “why” and “how” of adding a worm farm to your own gardening methodology.

Why are composting worms important?

A backyard garden is only as good as its soil. Having a garden full of organic matter can be the difference between success and failure. Cue the dramatic music. For the beginner gardener, the simplest solution isn’t always the best. You could simply go to any gardening center and find many options for composted soil. I’ve done it myself and have no issue provided it’s certified organic. But you could do so much better. Have you heard of worm composting? Read on for a simple worm composting guide.

What goes in must come out, right? In our section below detailing worm diet, we will review the basics of what to feed composting worms. The better they eat, the better the end product–you can use your own visuals for that.

The processes involved in the decomposition and then consumption of our food scraps is where the magic happens. Worms will eat the food we leave for them, with some help from other champions such as fruit flies. They will eliminate the food which leaves us with incredibly rich fertilizer via “castings” which make “worm tea” to add to our garden soil.

Which type of worms should I get?

The worm most think of first is the common night crawler. While they are important to your garden biome, it is not ideal for the purpose of worm composting.

They’re more beneficial as earth turners, creating necessary tunnels and moving material underground. The go-to worm in most instances is the red wiggler. These tiny gluttons eat an astounding amount of food. When I started my first worm farm I couldn’t believe how often I was adding food scraps. They are the undeniable champion.

How do I house the worms?

My first DIY composting worms were in bins made using the big plastic composting bins that my town gave out to its residents. I took a drill and made some 1/4″ and 1/8″ holes in the bottom, a few on the sides, and even a couple on the tops. For the most part, the worms were happy so did not need to escape. Just because they were happy, however, doesn’t mean I’m calling it a success.

My first mistake was in not understanding the importance (or meaning) of worm tea — more on that later. I also didn’t consider how hot that compost bin got in the summer. I don’t think I lost very many, but surely there must have been days when they were much less comfortable than they should have been.

My suggestion for an easy DIY worm bin will require just a few materials.

That’s pretty much it. There are many things to learn along the way but that is as simple as it gets. The bin with holes will allow for air to flow and for the worm juice to escape through the bottom to assure your worms are sitting in liquid. The spigot in the second bin will make extracting the worm juice that much easier. If you want to skip adding the spigot, that’s perfectly fine. It will just mean you have to take bin#1 out of bin #2 when draining the liquid that will build up rather than just using the spigot.

Below is the spigot I used, which worked easily.

What do the worms eat?

What worms don’t eat, is a better question. Worms are nature’s decomposing beasts. They will happily eat up and fruit and vegetable and other food scraps. One thing I can suggest is saving all of your coffee grounds. The benefits of coffee grounds are not only for the worm but also for your garden in general. There is a point of being too much, however, A cup per week for a small tote or two cups per week (of grounds, not coffee!) is great in a larger tote. For my family, carrot peels and potato skins were amazing because we went through a lot of those.

Foods to include in a worm compost bin

Foods to avoid in a worm compost bin

When adding the “green” (the scraps), do that once per week. Have a look to see how they are doing with the food from the week before. If there is a lot left, you can wait a few more days and then adjust in future to give less food. If they are almost all done, perhaps up your game a bit.

Also, it is important to add some “brown”. This refers to paper and other fibers that need to accompany the scraps you put into the bin. You can’t just give the food scraps. What I suggest is shredding paper either by machine or hand. Use paper that would otherwise go into recycling. If using mail (which I love to use), be sure not to include the little plastic covers on envelopes or glossy flyers. Newspaper is perfect! I suggest a 2:1 ratio with 2 parts “brown” to 1 part “green”.

What is worm tea?

Worm tea is made by soaking worm castings in water. Castings are the excrement — it’s what comes out “the other end”, if you will. It is also called vermicompost. There are many ideas for how to make worm tea from composting worms. As the castings make their way to the bottom of your tote, they will be pushed through the holes in bin#1 and fall into bin#2. From there, you can remove the bin to take the castings.

I like to dilute mine 50/50, worm tea and rain barrel water because my garden is pretty big. You can also do a 50/50 mixture into a spray bottle to get individual plants that need extra love.

I hope that helped you get started. It’s certainly worth knowing your stuff and the two videos I have provided will certainly help you out as well. Again, they may not be as cute as bunnies (which produce excellent manure pellet fertilizer!), but they are so, so helpful. 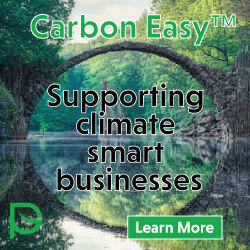